Embellishing the tail with feathers

Your child will be able to wear the tail in two positions- one up and one down, so that is why it is important to make enough decorative finishes to cover both sides. The amount of feathers that you will make depends on the size of your child.  We made approximately 30. 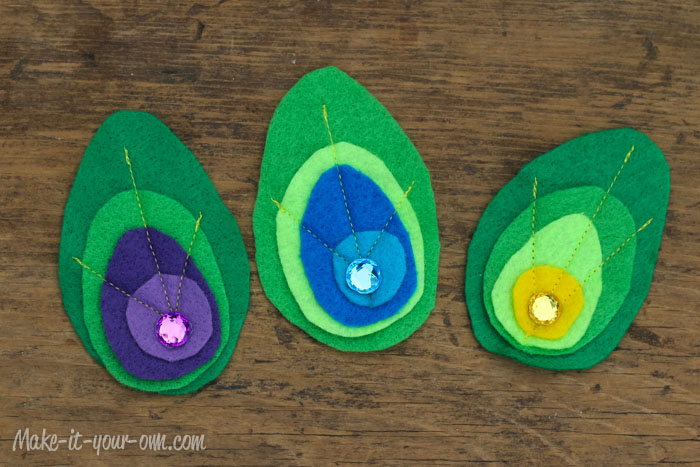 Trick for holding the tail upright T-shirt (Body of the peacock) 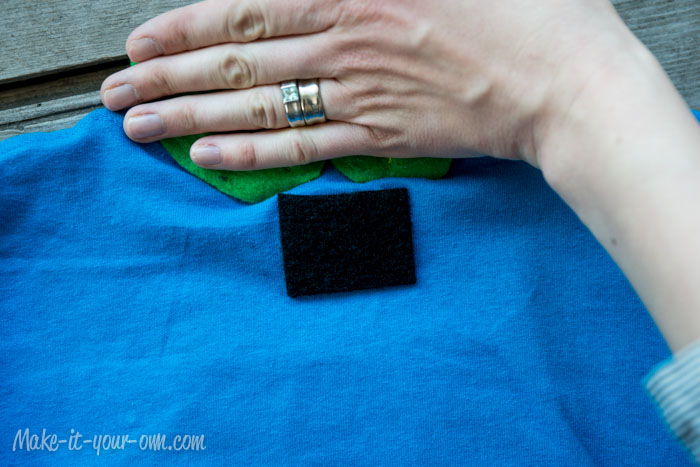 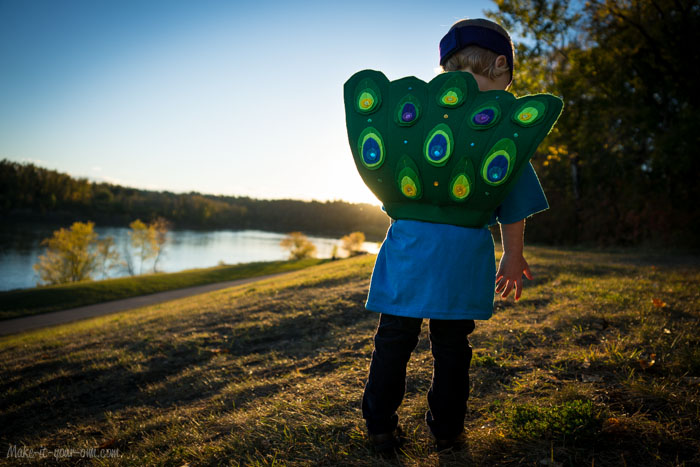